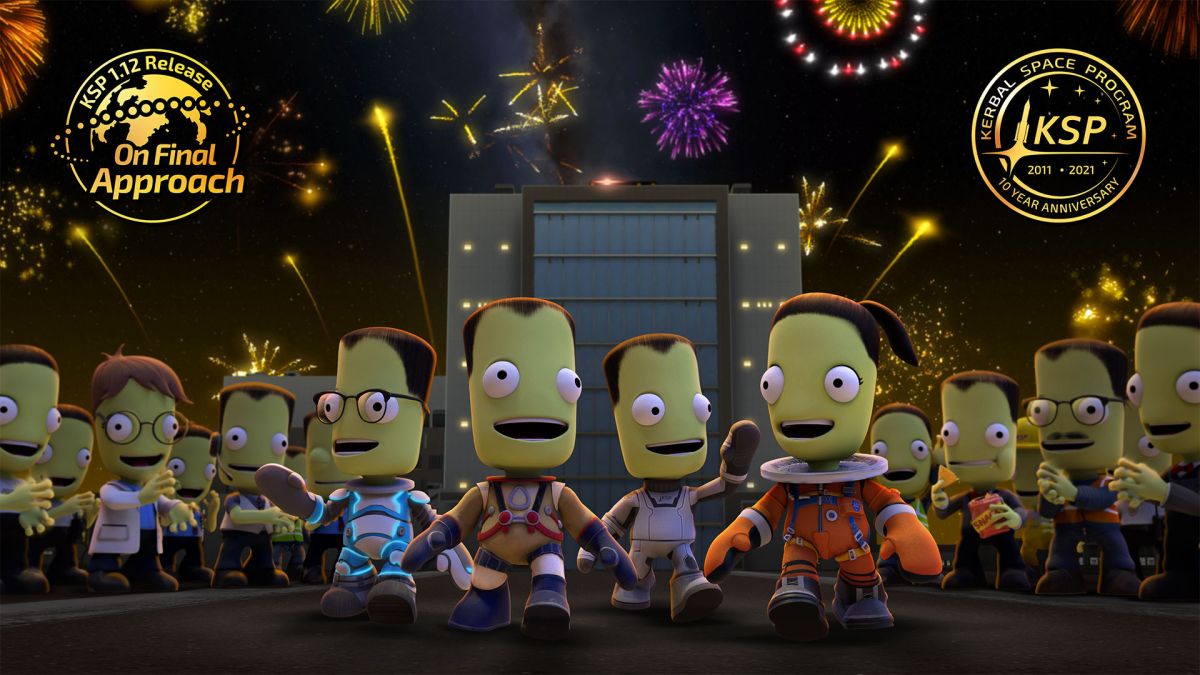 When Kerbal Space Program released on June 24, 2011, the astronaut avatars taught hundreds of thousands of users the physics of spaceflight. While the game was so early-stage that the sun was only a light source and not an actual star, Kerbal let players build space programs from the ground up — then venture to other planets, all following difficult and highly realistic rules.

After a decade, the space community remains big fans of the game. NASA used Kerbal to educate a new audience about SpaceX’s Crew Dragon flights in 2020, following six years of periodic collaborations. The European Space Agency invited players to recreate their own space missions in 2020, and it also has advised Kerbal on the physics of comets in association with the popular Rosetta comet mission. Several university professors serve as subject matter experts to advise Kerbal on where to go next, too.

High-profile players include SpaceX founder Elon Musk, and retired astronaut Ed Lu was once brave enough to try the game on “The Everyday Astronaut podcast.” Randall Munro, the creator of the comic xkcd, worked at NASA before drawing his iconic cartoons and once joked that he learned more about space physics from Kerbal than from taking physics classes or even working “an actual job” at a space agency.

While Kerbal does not release gamer numbers, on the gaming platform Steam alone a typical recent Wednesday saw nearly 4,000 players directing their Kerbonauts simultaneously — and that’s not including the platform releases on Windows, macOS, Linux, PlayStation 4 and Xbox One.

“We need the Kerbonauts there to remind you that failure is actually laudable and funny, and then you should be having fun blowing up your rockets — because that is incidentally how you’re going to learn to achieve greater things in the game,” Nate Simpson, Kerbal Space Program 2’s creative director at Intercept Games, told Space.com.

With Kerbal Space Program 2, the team has extended “the levels of panic,” Simpson said. “For example, I think there’s four levels of panic rates now, and that’s indexed to how many G-forces they’re experiencing and what sort of fight regime they’re in,” Simpson added. “They’re aware when things are going significantly awry, and it’s fun to watch the way that they’re reacting to that stuff.”

The Kerbal franchise began as a passion project with a small team that was surprised at how quickly the space community enjoyed their work, said Nestor Gómez Villanueva, head of Kerbal production at multimedia company Squad. Development was not without its challenges, as the team needed to keep on top of community demands while keeping current with the Unity platform’s requirements upon which Kerbal is built.

The first female Kerbonaut, Valentina Kerman, only came four years after the game’s 2011 release. A 2017 release included localization for Spanish, Russian, Japanese and simplified Chinese. Chinese gamers also once got angry at the translation of a few characters in the language, “review-bombing” the game in 2017, according to PC Gamer.

To this day, Gómez Villanueva said, balancing the requests of all players is a challenge — and that’s after implementing generations of visual and gameplay improvements. One popular request over the years has been firework launchers, which players will see during the 10th-anniversary celebrations.

Kerbal released two major downloadable content expansions in 2018 and 2019, including the Apollo moon program-focused “Making History” and a robotic part compendium called “Breaking Ground.” At player demand, the developers also included features like more planets, reading out the delta-V or change in velocity, and (at the request of one early tester in particular) putting in a lamp on the work surface in which you plan your missions. The Kerbal team continues to monitor social media, forums and other places where players hang out. “We are always listening,” Gómez Villanueva said.

The game is already inspiring a new generation of students to take up physics in real life, if a conversation with one of the developers was any indication, Kerbal lead engineer David Tregoning at Nine Entertainment Company told Space.com. His developer had an aeronautical engineering degree from the United States and was talking to one of his former university professors.

“Some of the people attending the classes for that university got into the subject because of Kerbal Space Program,” Tregoning said. “To get to drive some of the passion for space in physics, and science in general, [Kerbal] is an amazing product to work on because you can have that touch in real life.”

While Kerbal Space Program will still be supported after its successor’s release, Kerbal Space Program 2 will have some features that are so far exclusive to the new game. Space colonies, Simpson said, will be a “game-changer” that will include the Kerbonauts “living off the land” or using in-situ resource utilization once the settlement receives a certain level of maturity.

“We’ve been releasing footage of some of our colony modules, including some of our generators and our fuel factories,” Simpson said. “People have been impressed, saying ‘They’re not messing around.’ Potentially the biggest capability that you get from colonies, is the ability to build new vehicles on orbit, especially for interstellar travel.”

Reflecting on the potential of skyscraper-sized interstellar vessels and the associated trajectories, Simpson said the tech will be “big, new unconquered land.” He added: “I cannot wait to see the sort of crazy stuff people build using that capability.”

Column: Throwing tortillas isn't a racist act — until it is