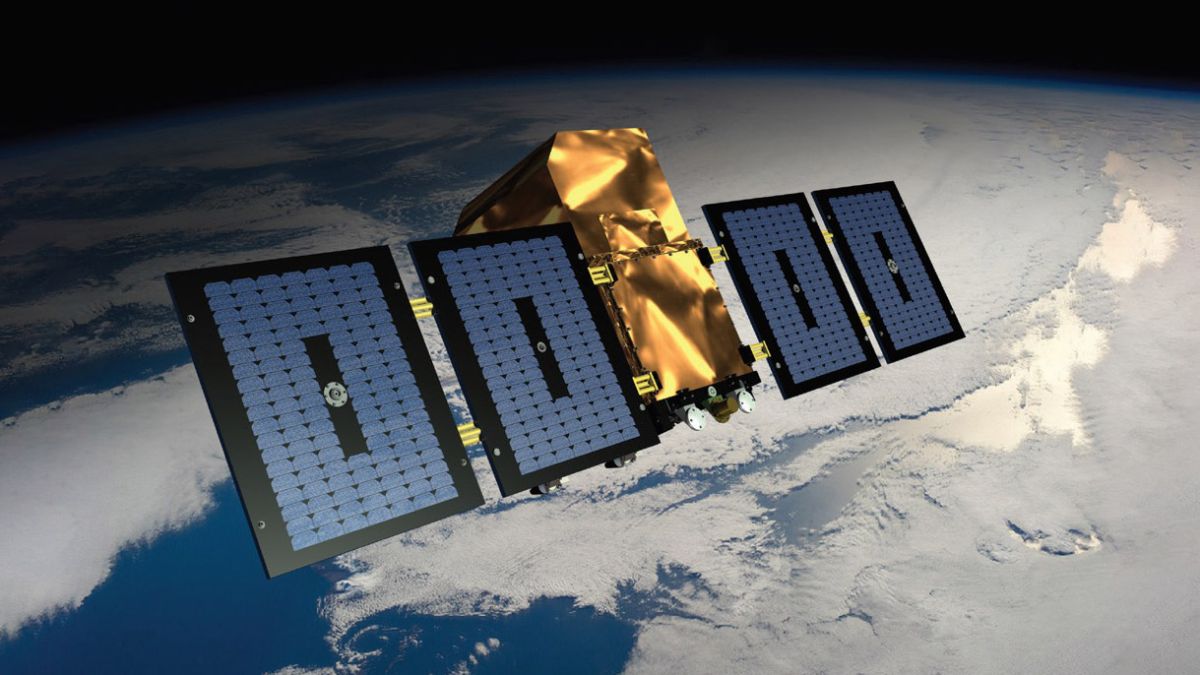 UK-based startup Arqit is on track to start delivering unbreakable quantum encryption keys all over the world using satellites in just two years.

Quantum Key Distribution (QKD) is a secure communication technique that uses quantum properties of photons, the elementary particles of light, to encrypt secret keys that can be shared by two parties to protect their communications. The technique, deemed unhackable since any attempt to eavesdrop on the communication changes the state of the photons and destroys the keys, already works in fiber optic cables but only for relatively short distances of about 60 miles (100 kilometers) as the signal gradually wanes.

“The problems with fibre optic is that at above about 300 kilometres (186 miles), it’s possible to get some quantum information transmitted but at less than about one bit per second,” David Williams, Arqit chairman and founder, told Space.com. “In a world that talks about megabits per second or gigabits per second, that’s not a practical product. In order to do QKD on a global scale, the only solution is to use satellites.”

However, in the vacuum of space, the information-carrying photons can easily travel across distances of hundreds of miles. A satellite orbiting at the altitude of 430 miles (700 km), such as the Arqit QKD satellites, can provide “a good quality transmission down to Earth,” Williams said.

But Williams (who is also a founder and former CEO of communication satellite operator Avanti) told Space.com that Arqit is “far ahead of the world in launching a commercial [quantum key distribution] service.”

“There is a big problem in the known satellite QKD protocols that you can either send keys globally or trustlessly, but you can’t do both,” Williams said.

Trustless sharing means that no piece of infrastructure between the sender and the recipient can be trusted. That means the quantum encrypted key can never be converted into the ordinary ones and zeros of digital encryption because those could be hacked. That is, however, what happens in larger fiber optic QKD networks, which need to revitalize the quantum signal about every 60 miles (100 kilometers) as it gradually weakens inside the fiber. It also happens in satellites when they store the key on board after receiving it in the quantum form.

“The problem is that with the existing BB84 [quantum key distribution] protocol, if you want to send a key between London and New York, both sides benefit from the quantum security of space to Earth transmission,” Williams said. “But the satellite, as it flies over the Atlantic, is storing the key in an ordinary memory device on board, and that could be hacked.”

The satellite could send the quantum-encrypted key to the recipient immediately without storing it on board. But that would only work for certain distances as the satellite would have to “see” the sender and the recipient at the same time. With a low Earth orbit satellite like that of Arqit, that distance would be only about 430 miles (700 kilometers), Williams added.

Arqit, which has some cryptography heavy-weights on its board including Taher Elgamal who is dubbed “the father of SSL“, a widely used protocol that encrypts internet traffic, invented a completely new quantum key distribution protocol which, according to Williams, overcomes the problems of trustless versus global distribution.

“With our ARC19 [quantum key distribution ] protocol, the satellites can distribute keys on a global basis and the satellite never remembers the key,” Williams said. He, however, couldn’t reveal how the patented protocol works.

Arqit’s satellites, which will be 660 lbs. (300 kilograms) each, are, according to Williams, designed based on “standard components” and didn’t require the design of “any new significant systems.”

“Most of the intelligence is done in the software protocol and that means that the satellite can be relatively straightforward,” Williams added.

The satellites will circle Earth in sun-synchronous orbit, an orbit above Earth’s poles which will take the satellites over every spot on Earth at the same local time each day. Each satellite, Williams explained, will revisit every place in the world about three times a day, sending quantum-encrypted information to ground terminals at Arqit data centers, which will distribute them to users using a secure software protocol.

QKD is high on the agenda of security researchers worldwide. The increasing data-crunching power of current computers makes traditional digitally encrypted keys ever more vulnerable. The advent of super-powerful quantum computers capable of carrying out massive amounts of parallel calculations looms large, causing concerns that traditional digital encryption will not suffice in the future.

In May of this year, a team of researchers from Canada and the U.K. announced they were developing an experimental QKD payload that will be tested aboard the Quantum Encryption and Science Satellite (QEYSSat) after 2022. The researchers aim to send quantum encrypted keys between ground stations on both sides of the Atlantic.

'Strawberry Supermoon' on Thursday will get its own Krispy Kreme doughnut