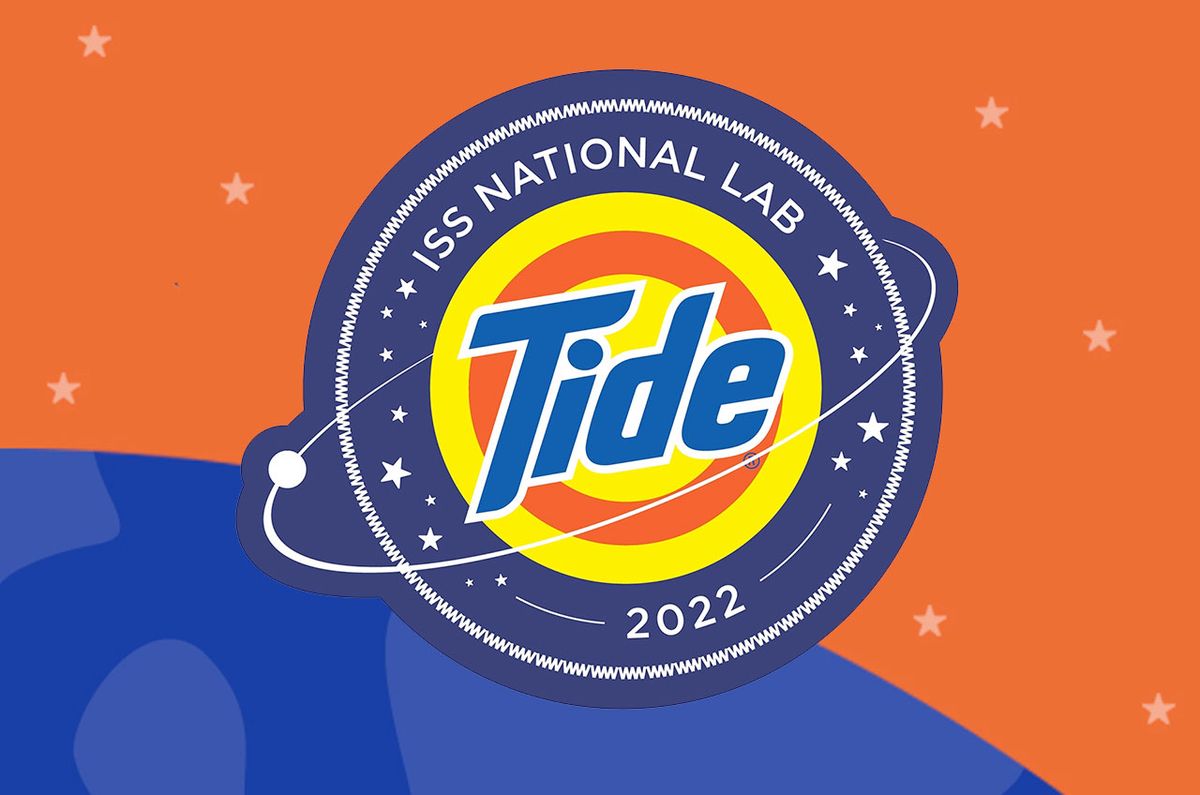 Future astronauts may not need to worry about moon dust and Mars soil stains, thanks to an effort by Tide to develop a laundry detergent for use in space.

The Procter & Gamble (P&G) laundry brand has partnered with NASA to explore how to clean astronauts’ clothes aboard the International Space Station (ISS), as well as on future crewed missions to the moon and Mars. Under the terms of the new Space Act Agreement, NASA may study Tide’s cleaning solutions, while the company works to bring the lessons from its off-planet tests to its line of everyday consumer products for use on Earth.

“This partnership was created to rethink cleaning solutions,” Aga Orlik, senior vice president at P&G North America Fabric Care, said in a statement, “forcing us to rethink innovations for resource-constrained and challenging environments like the ISS, deep space and even the future of our home planet.”

Scheduled for delivery to the station in 2022, “Mission PGTide” (P&G Telescience Investigation of Detergent Experiments) will test the stability of Tide’s cleaning ingredients under the microgravity conditions and radiation levels that astronauts and their clothes experience in low Earth orbit. In addition, the performance and stain removal ingredients of off-the-shelf Tide To Go Wipes and Tide To Go Pens will be assessed in experiments aboard the space station.

Like the hundreds of astronauts and cosmonauts who have lived in space before them, the crew members on the International Space Station do not have the ability to clean their clothes. Research has been done using antimicrobial fabrics to combat body odors, but in general, space station residents wear the same clothes several times before discarding them for a new set.

In total, 160 lbs. (72.5 kilograms) of clothing per crew member per year are launched to the station.

In addition to logistics concerns, though, detergents to be used in space need to be compatible with the spacecraft’s life-support systems; the limited amount of water available per wash load; and the constraint that the wash water be purified back to drinking-quality water. In response, Tide has developed a fully degradable detergent — specifically designed to solve malodor, cleanliness and stain removal problems for washable items used during deep space missions — while being suitable for use in a closed-loop water system.

“We look forward to this first investigation of Tide in space and hope that many more will soon follow,” said Michael Roberts, acting chief scientist for the ISS National Lab, the U.S. government-funded national laboratory aboard the space station. “Companies like P&G can conduct investigations in ways not possible on Earth to develop new consumer products, enhance existing products and better understand processes that further business models both on the ground and in low Earth orbit.”

In addition to the tests on the space station, NASA and Tide researchers may study how a combined washing and drying unit utilizing Tide’s specially formulated detergent could potentially be integrated into planetary habitats for use under low-gravity, lunar and Martian surface conditions.

Tide’s efforts to extend into space follow the brand’s recently announced Ambition 2030 commitments, including finding resource efficiencies in energy, water and waste across the laundry lifecycle to reduce the environmental impact of a load of laundry while increasing the impact of clean clothes.

“Humanity has reached a pivotal point where, on one hand, we’re on the exciting cusp of space colonization, and on the other, facing a critical period where action must be taken now to save the planet,” said Orlik. “The collaboration with NASA and the ISS National Lab are particularly exciting because it allows us to push the bounds of resource efficiency to its absolute limit, uncovering learnings with practical applications for both the future of laundry in space and here on Earth.”