Swarm of bees sends three to the hospital in Fountain Valley 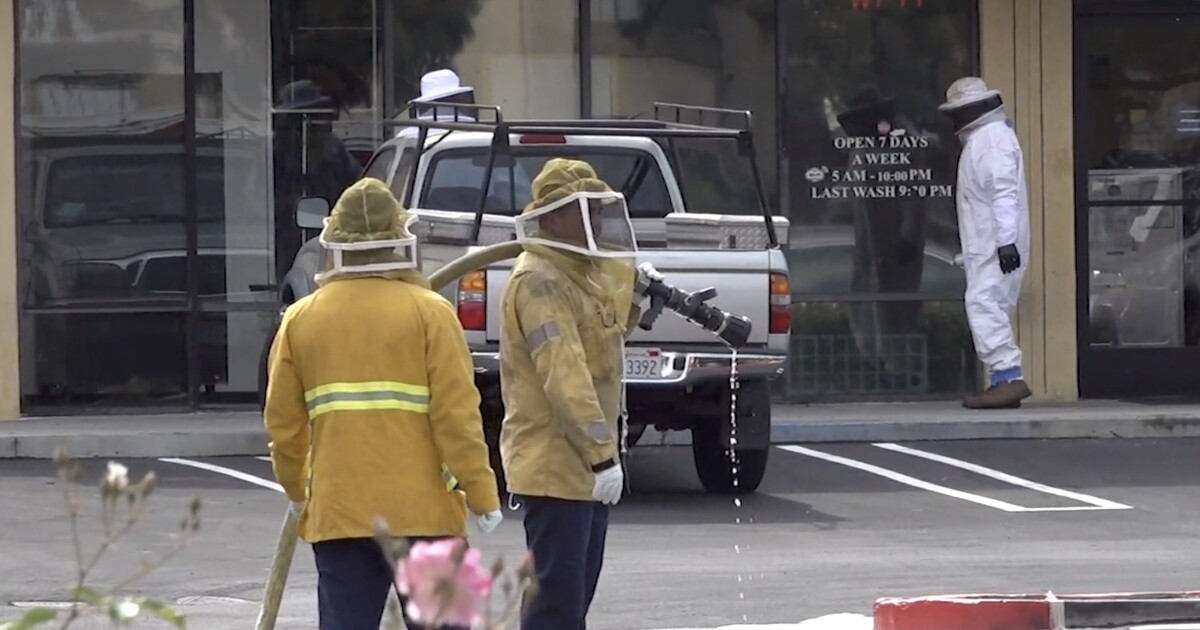 A swarm of bees went on the attack in a restaurant parking lot in Fountain Valley, leaving three people hospitalized.

John Madrid was among the people engulfed by the swarm Tuesday afternoon.

His girlfriend had stingers in her neck and about 15 bees in her hair, he said. His friend, whom he describes as a large man, was “crying like a baby.”

“We parked. I got out, there’s a few bees,” Madrid told a videographer for OnScene. “I swiped a couple. There’s 15. I started running like crazy, and they attacked my best friend and girlfriend.”

Firefighters from the Orange County Fire Authority arrived at the Sizzler restaurant on Harbor Boulevard just after 3 p.m.

They sprayed the bees with firefighting foam and separated them from Madrid and his friends, said Bill McQuaid, division chief of the Fountain Valley Fire Department.

The swarm had spread throughout the parking lot, so the firefighters called for backup.

It took six fire engines and five ambulances to deal with the situation. A professional bee company contained and relocated the bees, McQuaid said.

Three people sustained multiple injuries and were transported to a hospital, McQuaid said. Some people sheltered in place to avoid the swarm.

It was unclear whether Madrid and his friends were the three people who went to the hospital.

Three firefighters and a police officer were stung but did not need medical treatment.

Bees are transitory, he added, so this type of attack could happen anywhere.