‘Strawberry Supermoon’ on Thursday will get its own Krispy Kreme doughnut 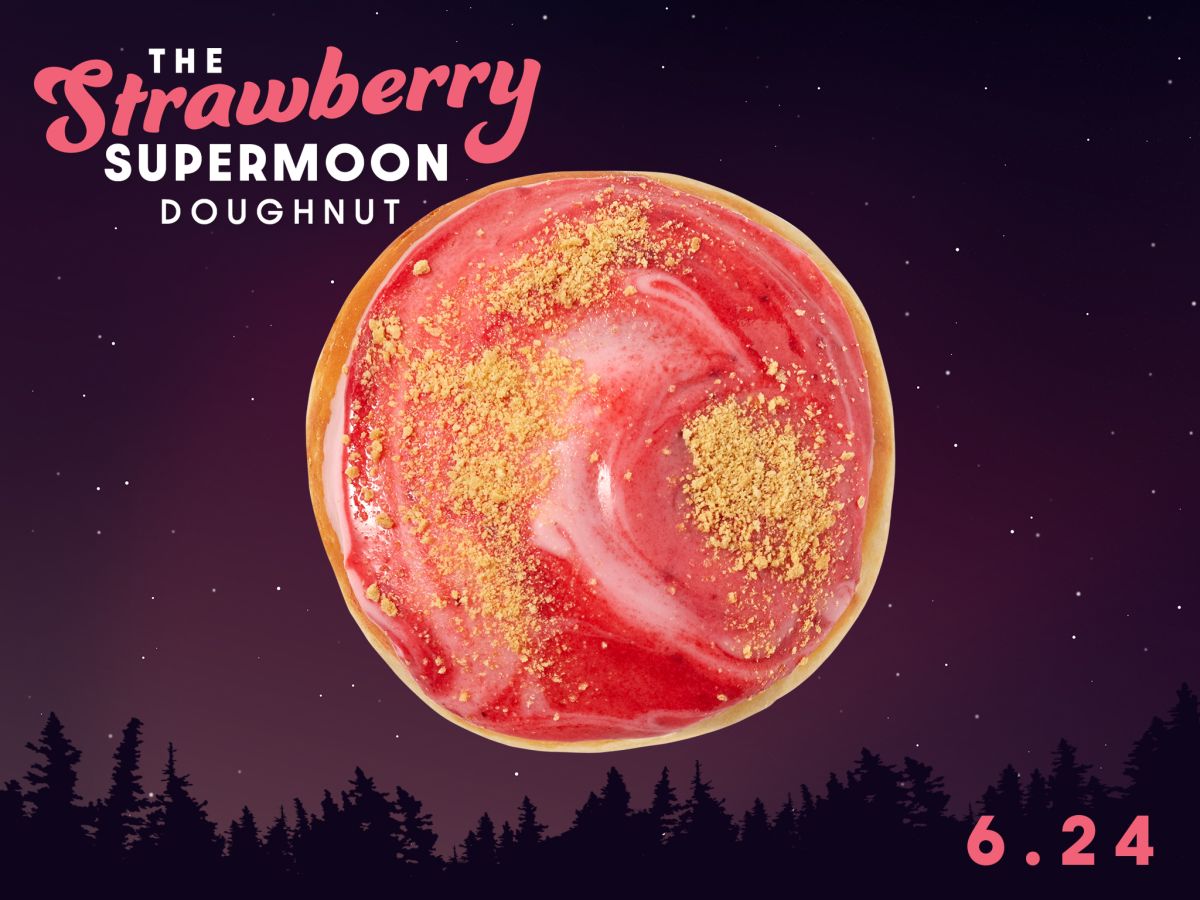 The one-day event will feature a doughnut that has a strawberry theme, in line with June’s full moon — what some cultures call the “Strawberry Moon,” as it falls during the strawberry harvesting season in the northeastern U.S.

“The super-cool limited-edition treat is made to look like Krispy Kreme’s own ‘supermoon,’ filled with strawberry Kreme, dipped in strawberries and Kreme icing, and topped with graham cracker ‘moon dust,'” Krispy Kreme said in a statement.

A supermoon occurs when the full moon is near its closest point to Earth in its elliptical orbit, making the natural satellite appear slightly larger than usual in the night sky. The average distance to the moon is 238,000 miles (382,900 kilometers), but its closest approaches and farthest retreats from Earth — called perigee and apogee, respectively – change every lunar orbital period, which is 27 days long. The moon’s orbit varies due to various gravitational forces pulling on it, including those of the Earth, sun and planets.

Skywatchers have been lucky in terms of supermoons this year, as, depending on your definition, this is the fourth one in a row, following close lunar approaches in March, April, and May. (And the May supermoon coincided with a lunar eclipse.)

The strawberry supermoon doughnut is Krispy Kreme’s latest addition in a line of space-themed treats. Another lunar-themed doughnut debuted in 2019 to celebrate the 50th anniversary of the Apollo 11 moon landing. Other prominent campaigns included a Mars doughnut to celebrate the landing of NASA’s Perseverance rover in February this year and an eclipse doughnut marking the August 2017 total solar eclipse that crossed the continental United States.

Hubble's iconic Pillars of Creation released as a Lego set