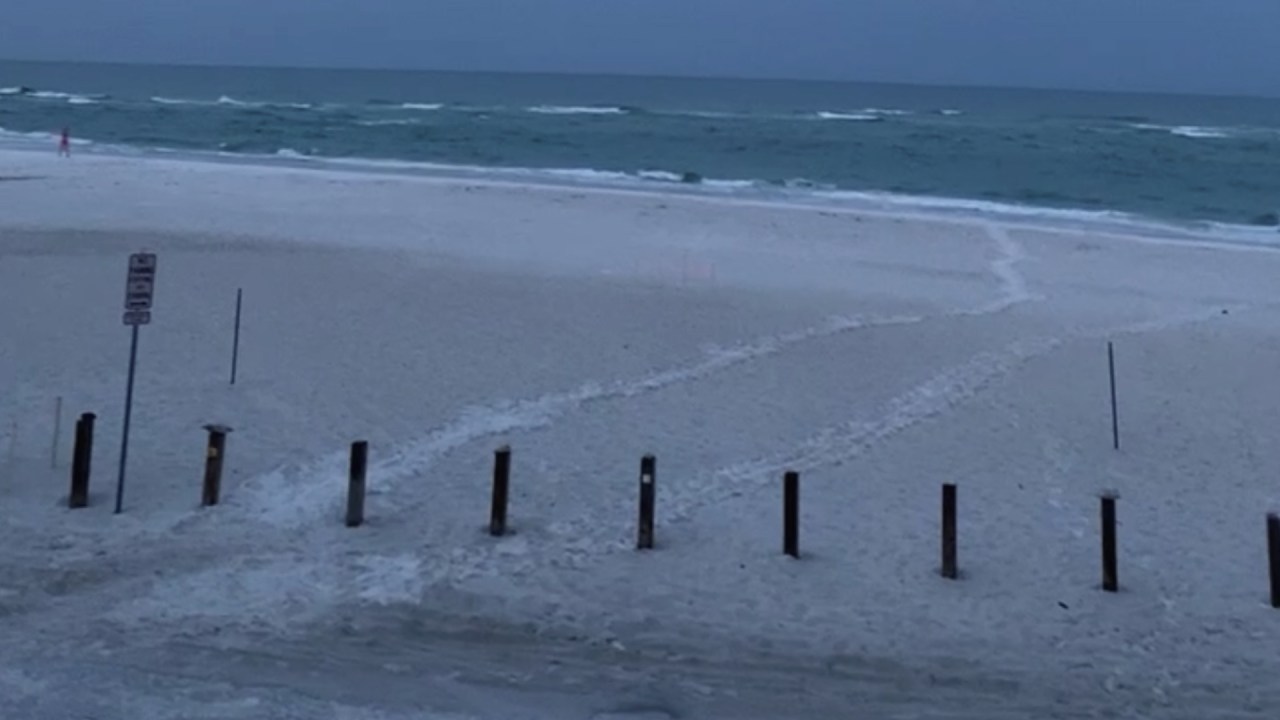 SARASOTA COUNTY, Fla. (WFLA) – Residents on Siesta Key want to see more protections for sea turtles during nesting season which officially began last month. Concerns are growing on the north end of Beach Road. Specifically, in an area where the soft white sand meets the pavement.

There have been issues in the past with baby turtles getting crushed by vehicles and heading towards homes instead of the water due to disorientation. Residents say the problems are back this year.

Officials with Mote Marine Laboratory had to relocate a nest found in the sand on Beach Road Wednesday morning.

“During our standard morning beach patrol, a member of our team documented a sea turtle nest that had been laid in the sand on Beach Road on Siesta Key. In accordance with our permit from Florida Fish and Wildlife Conservation Commission (FWC) and in line with the FWC Marine Turtle Conservation Handbook, a permitted member of the team relocated the nest to another, safe location. Upon viewing the nest, there was no evidence that the nest had been run over: no tire marks on the nest mound and no crushed eggs,” said a Mote spokesperson.

“This is a heavy-traffic area. Since we have been here, we have seen tractor trailers here, huge flatbed trucks, cars in and out, bikes, mopeds, all kinds of vehicles are on this road and there is no barrier to protect the turtles,” said visitor Lynsey Brewer. “They just can come right out onto the road,” she explained.

In past years, Sarasota County has installed black tarp-like barriers along the northern end of Beach Rd.

“The 2020 barrier was installed by county staff in the public right-of-way. The installation was coordinated through the applicable regulatory agencies; FWC and FDEP. The county continues to monitor the beaches during nesting season, May 1 – Oct. 31, and consistent with the Marine Turtle Protection Ordinance,” said a county spokesperson.

8 On Your Side asked the county if they’re going to install the protective barriers this nesting season, given what happened on the beach Wednesday morning. We haven’t received a definitive answer.

FWC was also made aware of the incident on Siesta Key.

“Sea turtle conservation is a priority for the Florida Fish and Wildlife Conservation Commission. FWC staff work closely with partners at MOTE Marine Laboratory and Sarasota County to make sure all nests in this area are documented and protected as necessary,” said an FWC spokesperson.

So far this year, Mote has documented 268 sea turtle nests on Siesta Key.