Police search for suspect after shooting at L.A. Ralphs store leaves one man in hospital 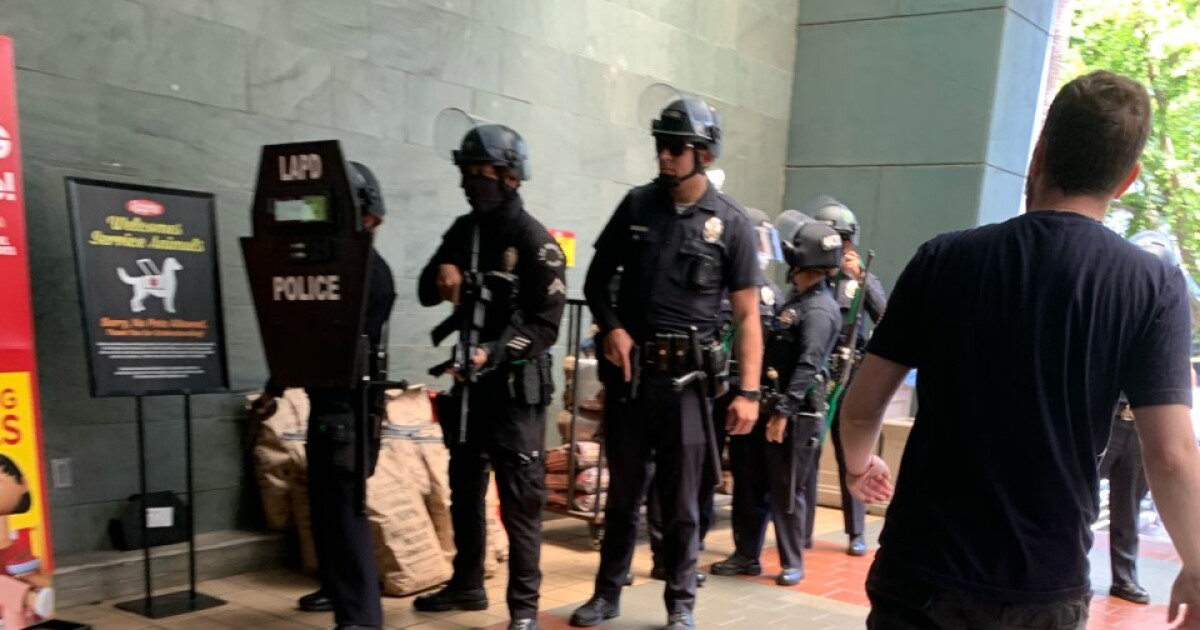 Los Angeles police are searching for a woman who shot a man outside a Los Angeles Ralphs grocery store Wednesday afternoon, sending him to the hospital, authorities said.

The shooting was reported about 12:35 p.m. at the Ralphs at Wilshire Boulevard and South Ridgeley Drive, LAPD Officer William Cooper said.

A 911 caller described the shooter as a woman about 60 years old, wearing a red and orange flowered dress and black pants. She fired a pistol, Cooper said, and was last seen headed west on Wilshire.

Anybody who sees a woman fitting the description should contact 911, Cooper said.

“It will be a high-risk situation, especially given the possible shooting that she’s being accused of,” he said.

The condition of the man who was shot is unknown, Cooper said, adding that he was taken to a hospital.

While Sarah Hayden was getting her car washed nearby, she saw LAPD cars racing to the scene. She drove to Ralphs and noticed police tape blocking off part of the east side of the store, along South Ridgeley Drive. She completed most of her grocery shopping, lining up her ham, eggs, bread, milk, ice cream and candy on the conveyer belt, when police ordered the store evacuated.

“I abandoned them in line,” she said of her grocery items. “[This is] definitely not what I was expecting today.”

About a dozen armed police officers came into the store, Hayden said, and all customers and employees were directed to leave and stand on the south side of Wilshire Boulevard while police searched the underground garage.