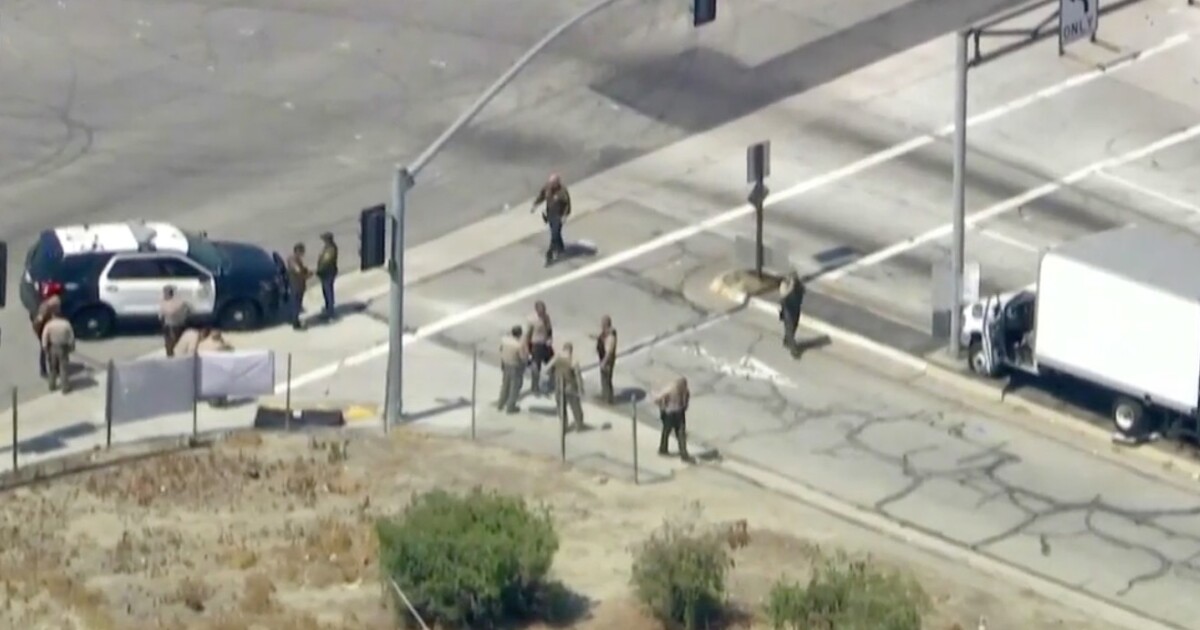 A man who held an object mistaken for a handgun was fatally shot in Norwalk on Wednesday by Los Angeles County sheriff’s deputies.

In a news release, the department said that deputies had responded to a report from a Los Angeles Police Department airship of a box van driving erratically. During an attempted traffic stop, officials said that a man inside the car “produced an object that appeared to be a handgun.”

One or more deputies shot the man, who was pronounced dead at the scene about 10 a.m. at the intersection of Alondra Boulevard and Piuma Avenue.

Officials said that they recovered an object that resembled a firearm but “upon further examination, it was confirmed not to be a firearm.”

A spokesman at the department’s Information Bureau said they did not know what the object was. The Homicide Bureau did not immediately return an inquiry.

Officials also said that the van the man had been driving had been reported stolen on Wednesday.

Asia may be first in, last out of the Covid pandemic, says travel services firm

Police search for suspect after shooting at L.A. Ralphs store leaves one man in hospital