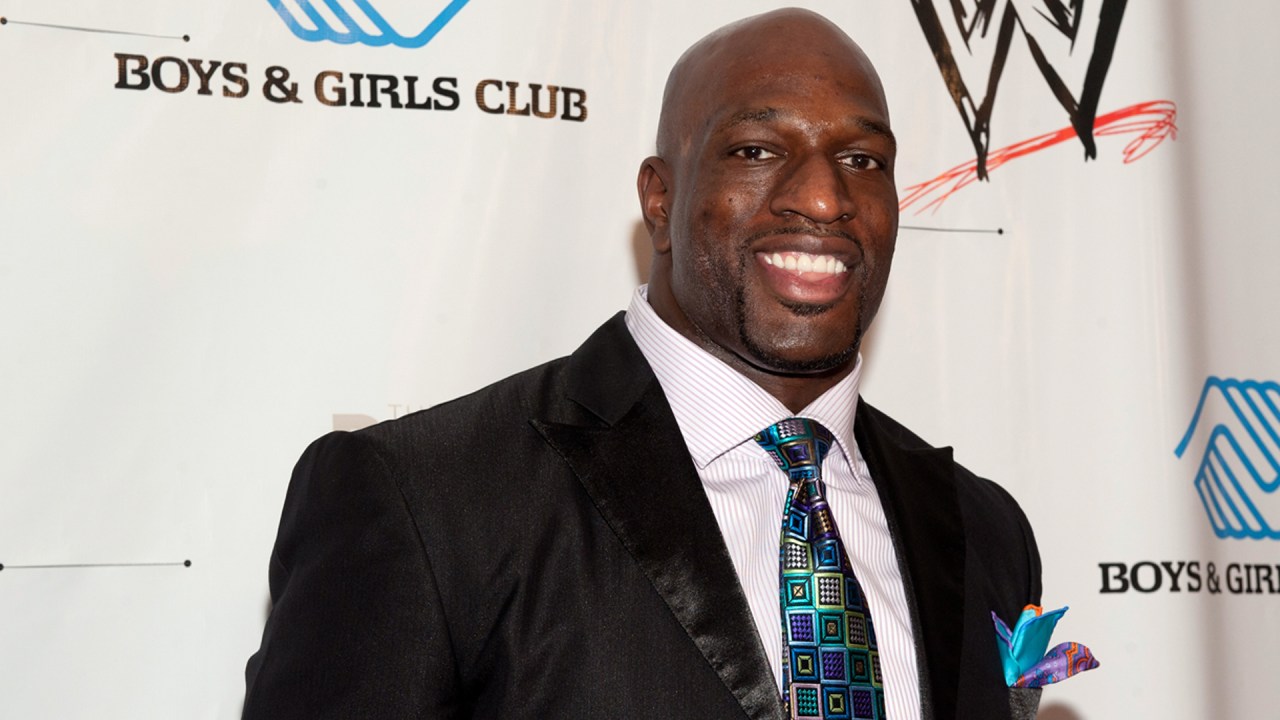 The ESPN award is in its seventh year and celebrates the impact athletes, teams and others make on their own communities and throughout the world.

It’s the second year in a row O’Neil has been named a finalist.

O’Neil, real name, Thaddeus Bullard, is up against Anthony Rizzo of the Chicago Cubs, Laurent Duvernay-Tardif of the Kansas City Chiefs and Layshia Clarendon of the Minnesota Lynx for the award, which will be presented on July 24.

Though it’s the second time he’s had the honor, it’s still a big deal for the World Wrestling Entertainment Superstar, especially as it’s named after one of his heroes.

“Them knowing how I feel about Muhammad Ali, if you go through my house, you’ll see pictures of him everywhere. I got gloves. I got pictures, sayings, etc. and so he’s one of my childhood heroes and to be able to be in the same breath as him, along with some other great athletes that have chosen to utilize their platform to go out… and effectively change lives, in their respective communities, hats off to them too,” O’Neil said.

O’Neil is a well-known philanthropist in the Tampa Bay area and a WWE Global Ambassador. He’s dedicated to giving back to the community and providing positive support and positive change for those in need.

Even during the coronavirus pandemic, O’Neil continued to give back in the best, safest ways he could, through the Bullard Family Foundation and with the help of the Tampa community, which he calls very generous.

The foundation’s mission is to “Provide families and children everywhere with moments, programs, and resources to help build character and improve outcomes in our community.”

Though O’Neil’s annual Back to School Bash and Joy of Giving holiday events looked much different last year, going virtual and distanced due to the coronavirus pandemic, he is excited to get back to normal as more people in the Tampa Bay area receive their COVID-19 vaccine.

“This year though we’re going to open [the Back to School Bash] right back up the way that I usually do,” he said.

O’Neil is again partnered with AdventHealth, the Buccaneers and the Lightning to host the event, which will be heading into its fourth year. They’ll be giving away backpacks and school supplies to at least 30,000 children. AdventHealth gives physical exams to those kids who need. Dental screenings and vision exams and free glasses are provided as well.

O’Neil confirmed to 8 On Your Side that the Back to School Bash will be back in-person this year. He expects between 35,000-40,000 people, “if not more,” to be in attendance.

The event will be held on Aug. 7 beginning at 9:01 a.m. at Raymond James Stadium. Further details have yet to be released.

He was sure to note that he is an advocate of transformational change, not transactional, saying he doesn’t just give people backpacks and gifts, he gives those in need assistance with dignity, and invites anyone to be a part of the process through his foundation, whether that through be a donation or volunteering.

O’Neil also organized a “Love Walk” during the period of racial unrest in 2020 with fellow Tampa resident, actor and former WWE star Dave Bautista and plans on organizing another walk next summer.

“Something that’s not necessarily just about a Black Lives Matter movement, about a people matter movement, and people moving forward to help those that have been in underserved areas and have been discriminated against… held down and so many different ways, give them an opportunity to say, ‘hey we care and we’re here to show you that we do,’” O’Neil said.

It’s these events that have put the wrestler on ESPN’s radar for the humanitarian award two years running.

“I know that God put me on this Earth for a reason and I can definitely see on a daily basis, whether it be through a text message from a person that I positively affected their life with something I said, something I did, or something I encouraged them to do and and that puts a bit smile on my face,” O’Neil said.

The ceremony will take place on July 12 and be broadcast in a 90-minute special on July 24.

Recently, O’Neil received World Wrestling Entertainment’s “Warrior Award” during WrestleMania weekend at Raymond James Stadium. According to WWE, the award is “presented to an individual who has exhibited unwavering strength and perseverance and who lives life with the courage and compassion that embodies the indomitable spirit of the [late WWE Hall of Famer] Ultimate Warrior.”

Covid's Delta Variant: What We Know