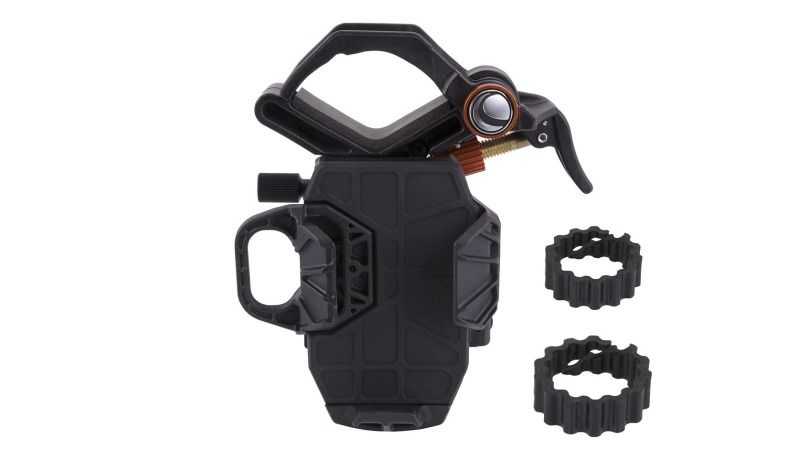 Trying to snap photos of the moon through a telescope with a mobile phone can be tricky, since it has to be lined up with the eyepiece just right for the best view. That alignment can be much easier with this universal smartphone adapter from Celestron, which 33% off for Amazon Prime Day.

The Celestron NexYZ 3-Axis Universal Smartphone Adapter is available at Amazon for just $43.99, which is $22 off its usual price. Act quickly while supplies are in stock.

This mount will connect your smartphone to a telescope, which is especially handy if you enjoy astrophotography and picked up a new observing tool this Prime Day. It also is designed to fit a range of models, including devices from Apple, Google and Samsung.

Celestron NexYZ 3-Axis Universal Smartphone Adapter: $43.99 at Amazon
Save $22: Pair any smartphone with your Celestron telescope for 33% less this Prime Day. The smartphone adapter works with a big range of models, such as the latest editions from Samsung, Google and Apple. View Deal

Celestron’s NexYZ has 3 directional knobs  on its X, Y, and Z axis to quickly align your phone’s main camera (some smartphones have more than one) with the eyepiece in seconds to photograph the moon, Saturn or whatever else you may be looking at.

The mount fits telescope eyepieces ranging from 1.25-inch to 2-inch, which makes it suitable for several types of beginner telescopes.

While you’re shopping, you can also pick up Celestron gear at incredible Prime Day deals. With this mount and a new telescope, you’ll be photographing and filming the night sky happily in no time.

With a Transfer to Broaden International Outreach, zkTube Companions with Mo Works

Moshing within the Rain: The Tenuous Return of the British Music Pageant