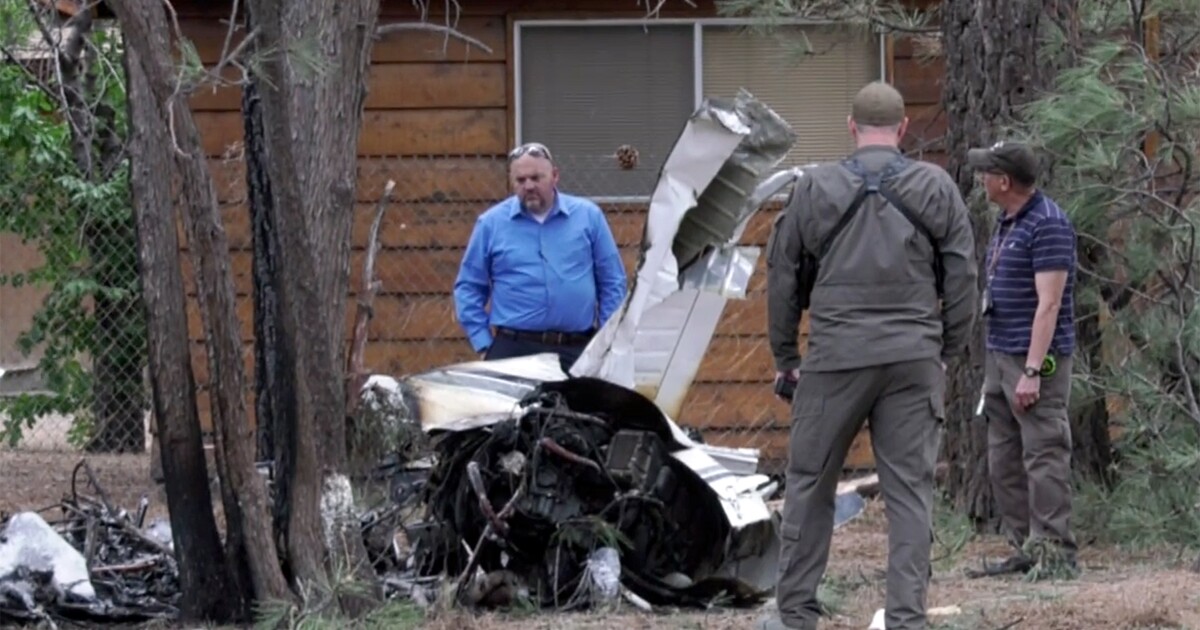 The pilot of the small Piper PA-28 was trying to land just before 1:30 p.m., according to preliminary information released by the Federal Aviation Administration.

It wasn’t immediately clear how severely the people onboard were injured. KNBC-TV Channel 4 reported the plane’s occupants were taken to a hospital with life-threatening injuries.

Bystanders pulled two people from the plane and they were flown to trauma centers, the Associated Press reported

Additional details were not immediately available. The FAA and National Transportation Safety Board will investigate.