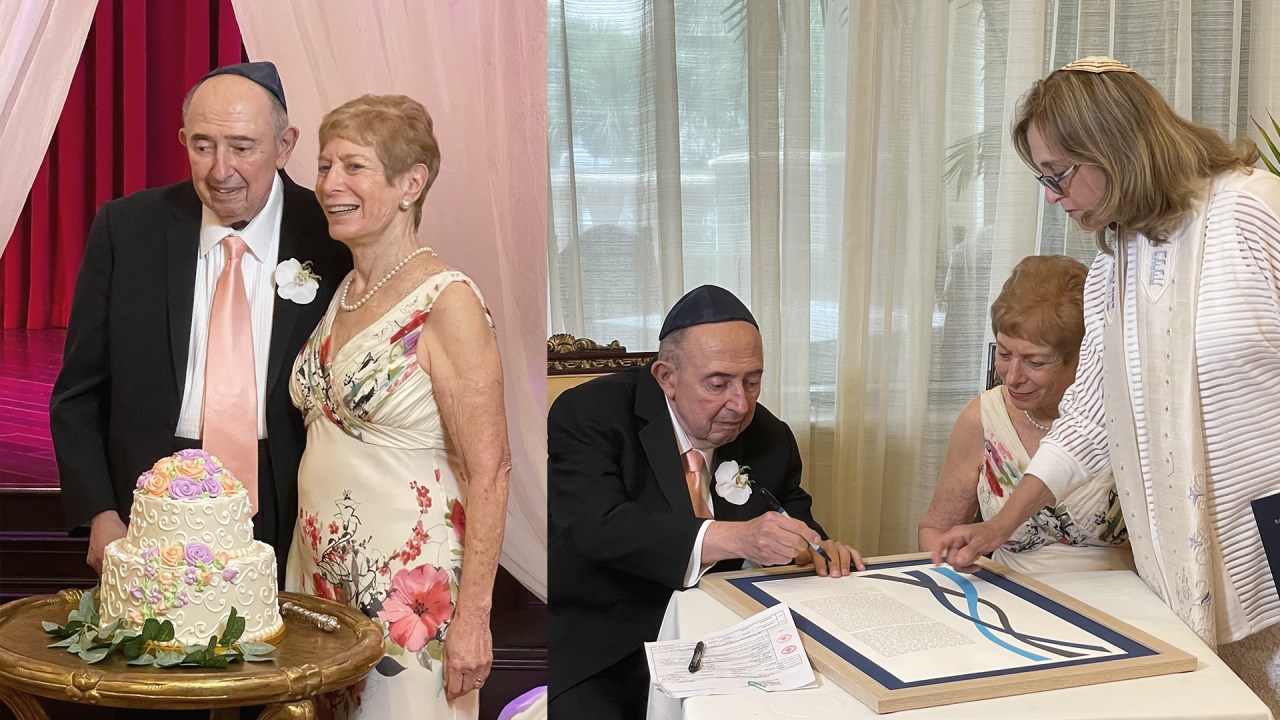 The couple said they wanted to enjoy married life before they “get too old.”

Both have been previously married and neither have children.

While the couple had been talking about marriage, Gene – who lives at The Palace Coral Gables – proposed to Faye by simply telling her, “It’s time we get married.” Then he asked, “Will you be my wife?”

Congrats to the happy newlyweds!