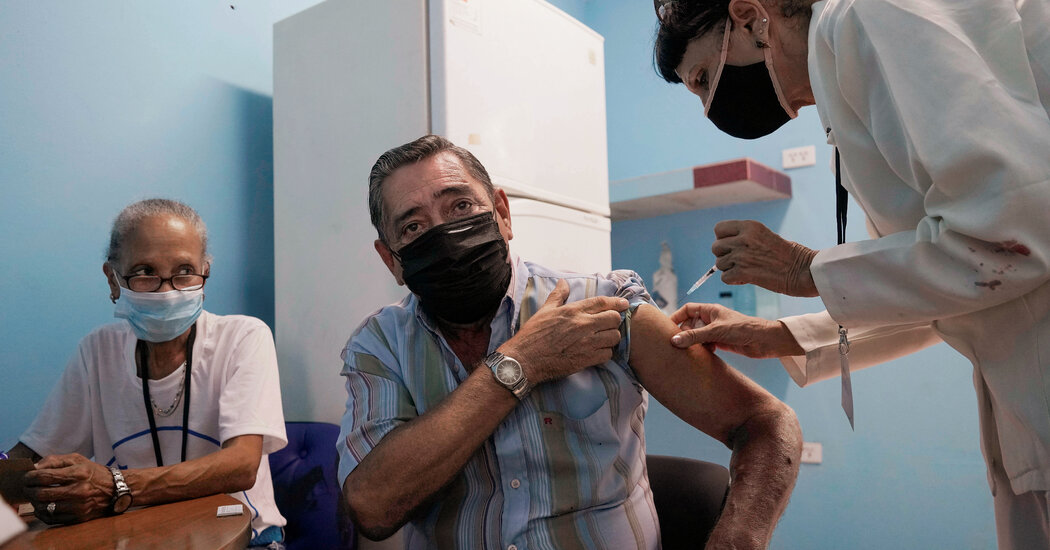 Cuba began its Covid-19 mass vaccination campaign more than a month ago with homegrown, unproven vaccines, wagering that they would prove effective enough to blunt the rapid spread of the coronavirus on the cash-strapped Caribbean island.

The gamble appears to be paying off.

The Cuban health authorities said on Monday that their country’s three-shot Abdala vaccine had proved about 92 percent effective against the coronavirus in late-stage clinical trials.

Throughout the pandemic, Cuba has declined to import foreign vaccines while striving to develop its own, the smallest country in the world to do so.

The announcement places Abdala among the most effective Covid vaccine in the world, according to data from clinical trials, on a par with Pfizer-BioNTech’s 95 percent rate, Moderna’s 94.1 percent, and Russia’s Sputnik V at 91.6 percent.

On Saturday, Cuba’s state-run biotech corporation, BioCubaFarma, said that another of its vaccines, Sovereign 2, had 62 percent efficacy after two of its three required doses. Results for the full three doses are expected in the next few weeks.

The vaccine news was seen as a rare cause for celebration on an island that has been hammered both by the pandemic, which has devastated its tourism industry, and by Trump-era economic sanctions that have not been eased by the Biden administration.

Cuba is currently experiencing its worst coronavirus outbreak since the start of the pandemic. It reported 1,561 new cases on Monday, a record.

In May the health authorities began a mass vaccination campaign in Havana before the completion of Phase 3 trials, which assess a vaccine’s effectiveness and safety. The emergency step was intended to help combat the Beta variant, first detected in South Africa, which was spreading rapidly in the Cuban capital. Close to one million Cubans — about 9 percent of the national population — have now received all three doses of either Abdala or Sovereign 2, according to official figures. Officials say they are seeing a slowing of the virus’s spread in Havana, where vaccinations have been concentrated so far.

Countries including Mexico, Argentina, Vietnam and Iran have expressed interest in Cuba’s coronavirus vaccines. The high announced rate of efficacy could reinforce hopes that biotechnology exports will help lift Cuba from the depths of its economic crisis.

Build a Mars rover or an 'Infinity Gauntlet' with littleBits Inventor Kits, up to 40% off for Prime Day