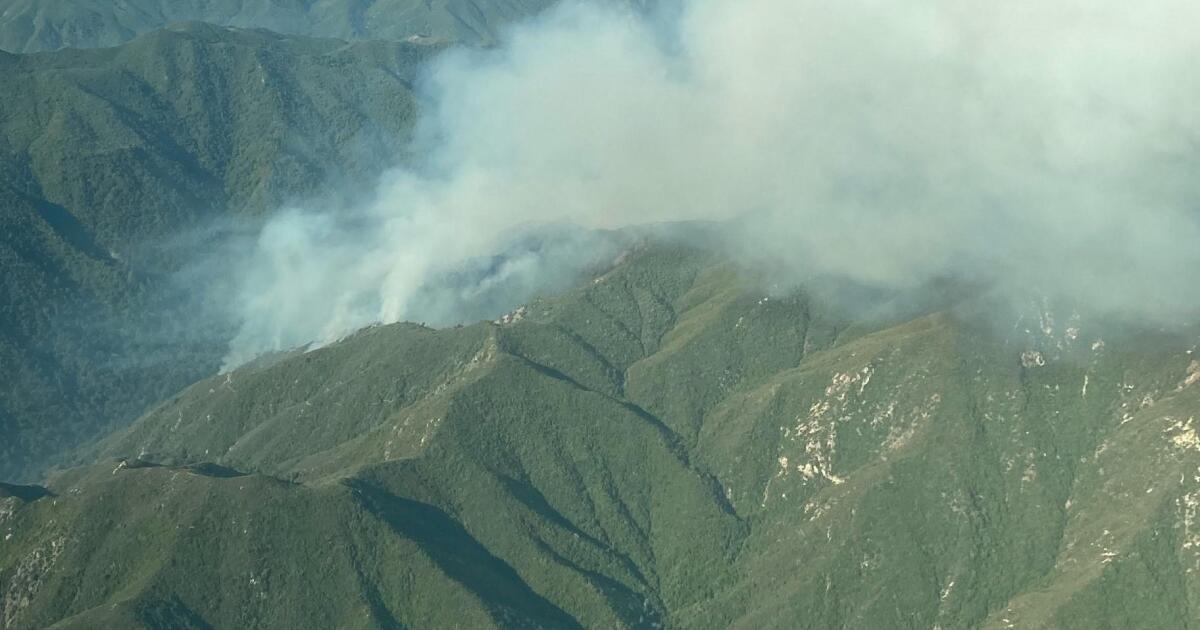 A firefighter was injured and scores of residents are facing evacuations as multiple wildfires burn across California.

As of Tuesday morning, more than 3,200 acres were ablaze in Monterey and Inyo counties.

The largest of the blazes, the Willow fire in Los Padres National Forest, ignited around 8 p.m. Thursday and had grown to 2,848 acres by Tuesday morning, according to the U.S. Forest Service, with an estimated containment date of July 11.

The Monterey County Sheriff’s Office on Monday issued evacuation orders for residents on Tassajara Road from China Camp campground to the Tassajara Zen Center, as well as multiple evacuation warnings. The orders and warnings remained in effect Tuesday morning.

More than 500 personnel were attacking the blaze from the ground and air, incident spokesman Thanh Nguyen said, but the fire remains at 0% containment. The terrain is very steep with large vegetation, creating difficult conditions for crews.

“Wind, fuel and terrain play a huge bearing on what decisions are made,” Nguyen said, “so that’s a big concern for us.”

A second fire — a blaze in Inyo Creek that has burned 410 acres — was also burning Tuesday. Officials said a firefighter in Solano County was injured battling a 10-acre brush fire in Vallejo on Monday night.

The Inyo Creek fire ignited Friday and was sparked by lightning, according to incident spokeswoman Kirstie Butler.

As in Los Padres, the terrain there is steep and the conditions are challenging, Butler said. More than 25 fire engines are battling the blaze, and helicopters and fixed-wing aircrafts are dropping water and retardant while ground crews work to control the flames.

Mandatory evacuation orders have been issued by the Inyo County Sheriff’s Office for Olivas Ranch, Portal Preserve and all residents on Whitney Portal Road north of Horseshoe Meadows Road.

All of Whitney Portal has also been evacuated, the Sheriff’s Office said, including the Mt. Whitney trailhead, Whitney Portal store and campground, recreation residents, Lone Pine campground and Meysan Lake Trail. An opportunity for vehicle retrieval has been canceled amid unsafe conditions.

In Vallejo, residents were evacuated Monday when a wind-whipped brush fire grew to 10 acres and spread through a residential neighborhood, the Vallejo Firefighters Assn. said. The blaze caused property damage, but no structures were destroyed.

One firefighter was taken to the hospital with minor injuries, officials said. Neighbors told KTVU that they believed illegal fireworks sparked the blaze.

Residents on Del Sur Street south of Pueblo Way, as well as Swanzy Court and Clearpointe Drive were under mandatory evacuation orders, according to emergency notification system Alert Solano. The orders were lifted shortly after 11 p.m.

Nguyen, with the Willow fire management team, said large wildfires at this time of year can happen but aren’t common. The state’s hot, dry conditions are partially to blame.

“We faced a pretty dry winter season, and as everybody knows in California, we’re in a drought state,” he said. “We’re seeing more fires and more acres burned compared to previous years for this time of year. We’re starting to face conditions that we normally see later on in the summer.”

When this star blows, its planets will be turned into enormous pinballs

Coinbase milestones have been reliable sell signals for bitcoin, doge