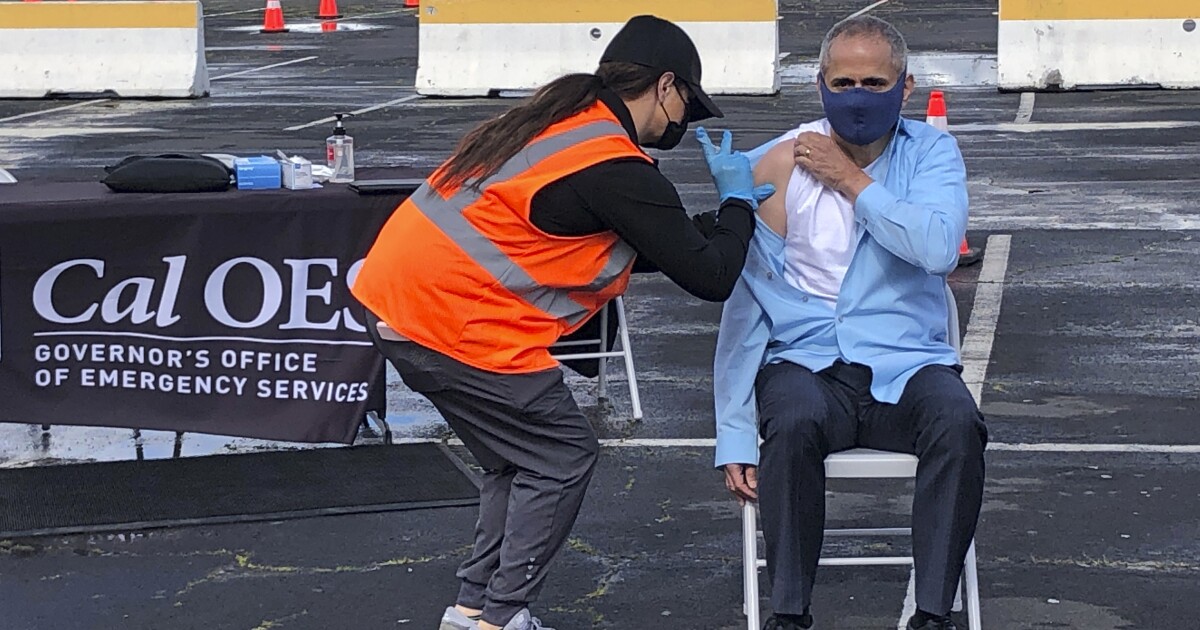 “I feel very grateful today. And I feel very hopeful today,” said Dr. Sara Cody, the local health officer and public health director of Santa Clara County. The home of Silicon Valley was also the home to the first recorded COVID-19 death in the nation.

“And that’s because in Santa Clara County, and in the Bay Area region, our communities took COVID very seriously,” Cody said. “We also have had amazing uptake of vaccination.”

Cody said 80% of residents 12 and older in Santa Clara County have received at least one dose of vaccine. Among residents of all ages, more than 71% are at least partially vaccinated.

That is a big change from where Santa Clara County was more than a year ago, when it was home to the first recorded COVID-19 death in the nation. At the time, Cody struggled to convince the region that it was time to end large sporting events while she worked to enact the nation’s first regional stay-at-home order, announced days before a statewide order went into effect.

“In fact, we have the highest vaccination rates of any large county in the United States. So it’s a pretty safe place,” Cody said. Officials say they will now focus on increasing vaccination rates, especially in communities that have been hit hard by the pandemic and where vaccination rates are lagging.

Monday’s action in Santa Clara County will phase out a local requirement, issued May 18, that all employers in Santa Clara County determine the vaccination status of their workers. Under that order, employers were required to ask for the vaccination status of all personnel and then follow up again among workers who did not indicate they were fully vaccinated.

Workers could either give employers vaccine documentation or simply state in writing their vaccination status. The information wasn’t required to be sent to the county, and people had the option of declining to state their status, although doing so would require employers to treat workers as unvaccinated in terms of enforcing mask rules.

The announcement Monday said that once the employer has completed those requests for information, the last local COVID-19 health order no longer has any effect.

Those local rules in Santa Clara County were effectively rendered extraneous by new rules enacted by the state Occupational Safety and Health Standards Board last week. The state board voted to require that, for fully vaccinated people working without a mask indoors, the employer attempt to get documentation of vaccine status for that individual. Vaccine status can be given to the employer as a copy of the vaccine card or other documentary proof, or by sending a statement simply attesting that they are vaccinated.

The board also said that employers who don’t want to document vaccination status can also simply require every worker to wear a mask.

Employers also can require a tougher standard for documentation if they choose. Workers can decline to share their vaccination status, but in that case, the employer would have to treat the worker as unvaccinated, which would require them to mask up in most indoor settings.

This 'Star Wars: The Mandalorian' Amazon Echo Dot Stand and Bundle is 35% off for Prime Day